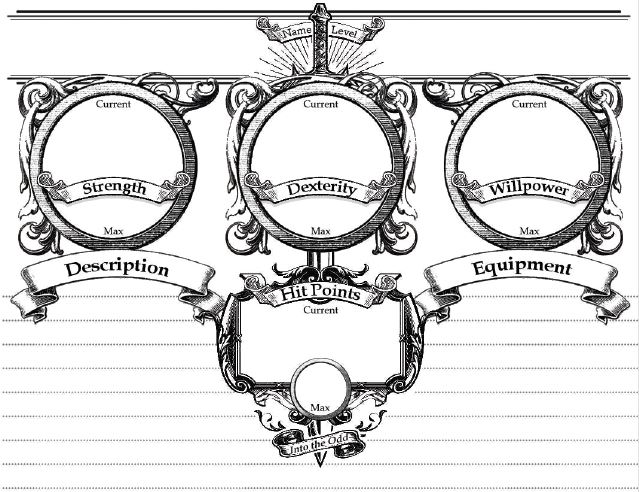 Lately I've been pretty obsessed with Into the Odd by Chris McDowall.

I'm starting to put some stuff together to run a little mini-campaign using the system. As part of my prep I bashed together some character sheets.  They're a little esoteric, but I think they suit the setting pretty well.

I made two versions. The first is one-sided with two half-page sheets. The other is two-sided with four quarter-page sheets. I'm putting these out there in case anyone else wants to use them because sharing means caring.

EDIT: If you have issues with the .pdf's in the links above printing all black, the version below should fix that for you.

April 29, 2019
OK so apparently I really like making character sheets.  I've got another one - this time for The Black Hack.